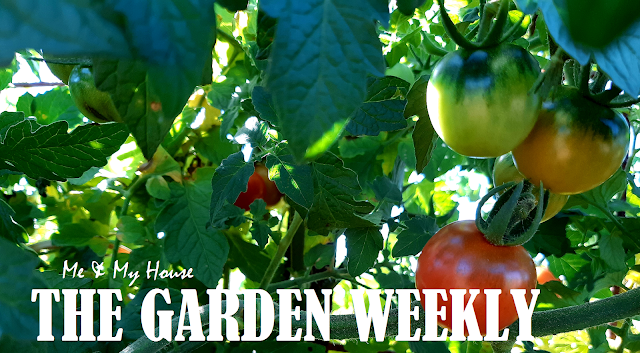 My word, it got cold!
With May being a lot drier than it should be, we selfishly enjoyed the warm days and perfect evenings knowing full-well what was coming… and boy has it been bittersweet! Much needed rain and that bite-y great southern chill straight off the Antarctic meant that the gumboots and rain jackets were dusted off and put to good use, and a lesson in good old perseverance for the youngin’s was the order of the week. 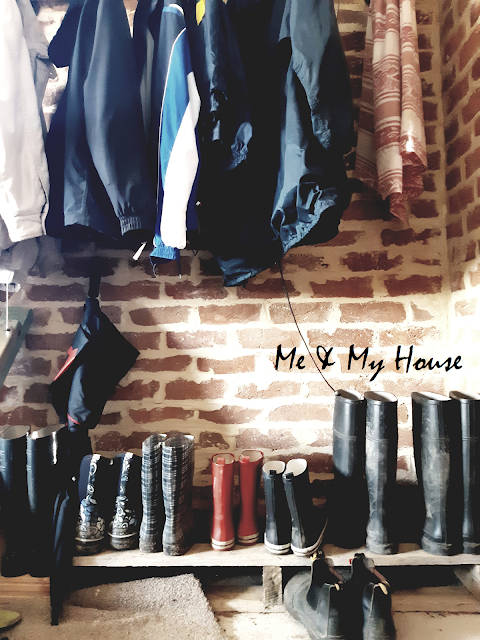 This week in the patch has been delightfully chaotic! While we’re probably a bit overdue with our patch tasks (we actually bought seedlings instead of sprouting them ourselves! Eeep!), the imminent forecast of rain had spurred us into action with weeding, feeding, and planting of all the cool season delights (well, what can fit in the beds anyway!).

The perennial bed has been finished - it already had around 30 strawberry plants in it, and we’ve now added 3 globe artichokes, a mix of purple and green asparagus, garlic, sage, and calendulas! 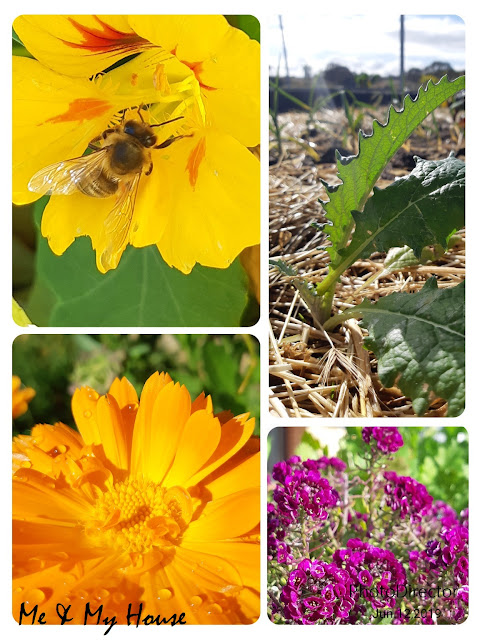 Our broad beans that went in a few weeks ago are loving life, and have established beautifully where the corn once stood proud and tall in the summer sun. Some have even begun flowering! Woohoo!
Did you know that legumes replace nitrogen in the soil, and are ideal to plant after a hungry and demanding plant like corn? (Hilariously enough, this was actually an afterthought for me; it was the only sizable spot left for the beans so that’s where they ended up! The Lord really does work in mysterious ways!) 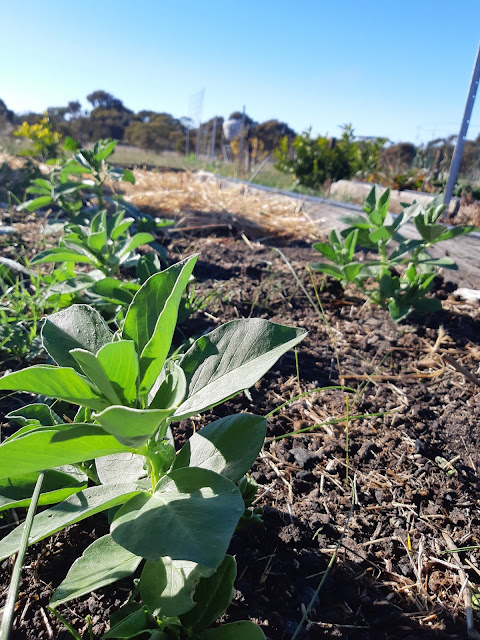 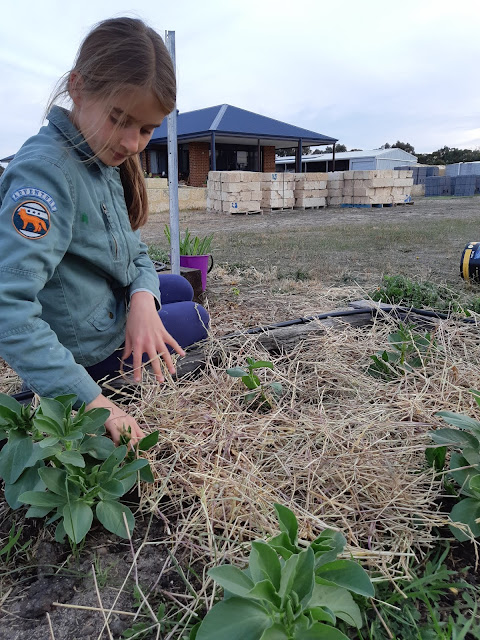 And just like that, the weather turns!
Miss P tucking the babies in with a good covering of hay xx

Bed number 3 is a rowdy raucous mess, and I just can’t tame it! There were plenty of old, frost-damaged late summer cherry tomatoes that went to the chooks and ducks (who were happy as pigs in mud!), a lot of random last season silverbeet that sprung up out of nowhere – some of which had to be donated to the sheep (they were much obliged to assist us in disposal of said silverbeet, thank you Lammie and Lahmette!), a rocket plant whose seeding process is more like a royal wedding ceremony, and a bunch of *something* that has sprung up from last year! Not to mention the WEEDS!

So, we’ve tidied it all up a bit, and managed to add some new brusties (our name for Brussels sprouts), spinach, and artichoke, as well as a bunch of lemongrass, and tucked it in with some hay.

We’ve also built two new beds and dug through some compost (purely because we had to move the bin to build the beds!), but are still waiting on the magic and elusive tractor man (husband/father) to fill the beds with soil and manure - there’s no way we’re filling those two beds with a shovel and wheelbarrow!

...And all in preparation for the winter onslaught. With anything from 23mm to 40mm expected over the next few days, our babies had to be planted and tucked in with a nice blanket of hay to keep them warm… and we’ve done not too bad a job at all i must say…! There's still some more spinach, cabbage, silverbeet (anyone out there actually call it swiss chard??), cauliflower, and kale to plant out, as well as loads of seeds to sow for the next succession of food, oh and more garden beds to put in because I'll be out of space again soon... so a fair bit to do, but I love it!

And, you know what?

When you take time to notice the hairs on a bee covered in pollen as he skips between flowers, or watch an earthworm dig his way back into the soil after he was accidentally dug up, or feel the soil through your fingertips as you carefully plant out a seedling, or smell the thyme as you pinch some off to add to the bolognese on the stove, or enjoy the magpies playing in the bowl of water you leave out for them every day - you see your whole life differently.

You learn to see God in your daily activities. 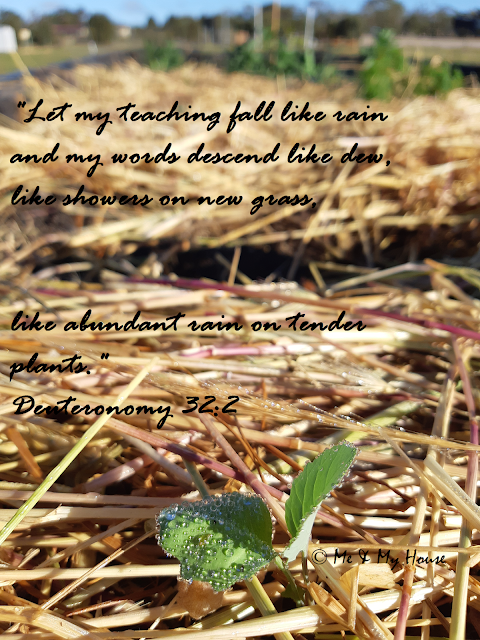